Along the Tramway Track, Lorne

Tuesday 25 January 2022. On a mild and overcast day towards the end of the summer school holidays, we drove from Torquay to Lorne in the eastern Otway Ranges along the magnificent Great Ocean Road. We stopped briefly to photograph the Angelsea Community Centre, newly muralled with Hooded Plovers, and we passed under the Great Ocean Road Memorial Arch at Eastern View, in normal times a somewhat unlikely stop for thousands of coach tourists.

We arrived in Lorne and drove to the Point Grey picnic area in the south of town. We were planning to walk the Tramway Track, a beautiful short walk that skirts the southern edge of the Point Grey headland from Hird St to St. George’s River. Lying above the Great Ocean Road and running more or less parallel to it, the track ascends gently from Hird St to its highest point, then descends somewhat steeply down to the river. The Tramway Track follows part of the course of a hillside tramway built in 1904 to move timber from the Armistead Brothers’ St. George’s River mill to the Lorne pier, located on the eastern tip of Point Grey, from where it was shipped to various buyers. The tramway, the oldest of three built on the hillside between 1904 and the 1930s (the other two having been destroyed with the widening of the Great Ocean Road following its initial construction), was part of an extensive tramway network built in the Otway Ranges before the advent of mass road transport.

We arrived at the small car park close to the picnic area and adjacent to the pier. From there we walked south through the Point Grey foreshore reserve along a gravel track that runs south of and parallel to the Great Ocean Road. We reached a designated crossing point over the famous road, crossed over, and arrived at Hird St, where the Tramway Track officially begins. The tramway ran all the way to the pier once, but other than the presence of an old timber tram on the gravel track along the foreshore there is no clear indication of its route between Hird St and its terminus.

A few metres along Hird St, on the left, we came to the start of a lovely grassy track through the coastal scrub, clearly signposted: the Tramway Track.

We set out, but after a minute or two the track diverged. The lower, shorter path continued to follow the original tramway route, while the upper branch leads, as a kind of Tramway Track extension, to Teddy’s Lookout, a well-known clifftop viewing point (from where one nonetheless could still walk down to St. George’s River and back to Hird St along the Tramway Track).

We decided to not to deviate from the original tramway route, so took the lower path.

We came to a grassy field, which, according to an information panel (one of a number along the way), was home to Lorne’s abattoir for a time. The panel goes on to describe Lorne’s early self-sufficiency: the town, surrounded by forest and hence isolated, had to depend largely upon itself.

After the grassy field the vegetation became thicker. According to ANGAIR (Anglesea, Aireys Inlet Society for the Preservation of Flora and Fauna), several types of habitat characterise this part of Point Grey, known as Queen’s Park: shrubby foothill forest, herb-rich woodland and coastal headland scrub. Now it seemed we were entering shrubby forest or woodland; it was quite delightful.

The verdant bush enclosed us for a time, occluding our view, but as the track crept closer to the edge of the hillside we passed into scrubbier habitat, began to glimpse the coast, and soon enjoyed magnificent views.

But shortly we plunged back into woodland, and the path, somewhat undulating but generally rising from the beginning, now took on a more pronounced upward gradient as the track deviated uphill from the original route of the tramway. As the relevant information panel explained, the widening of the Great Ocean Road following its initial construction had erased this section of the tramway, as well as the entirety of the two tramways built later and lower down the hill, save for some remnants.

We came to a bench sited more or less at the highest point of the track and rested for a short while. Thereafter we headed steadily and somewhat steeply downhill, at some point rejoining the original tramway route.

As we continued our descent the woodland thinned out and we could once again see the coast and, in the other direction, St. George’s River.

We now approached the end of the track. Since we did not intend walking up to Teddy’s Lookout from St. George’s River, we would retrace our steps to Hird St, but first we paused in the meadow by the river. Here St. George’s River flows under a bridge carrying the Great Ocean Road, and out to Bass Strait.

After resting some minutes (not that we really had to; it was hardly a strenuous walk) we began to walk back the way we had come. It was just as delightful as the outward leg had been.

Perhaps even better: we found a pair of kangaroos waiting for us in the grassy field.

After some minutes admiring the beautiful animals we continued on our way. We reached Hird St; crossed the Great Ocean Road; and headed back along the gravel track through the Point Grey foreshore reserve to the carpark.

We drove back to Torquay along the Great Ocean Road, content with our lovely walk and our splendid day out. 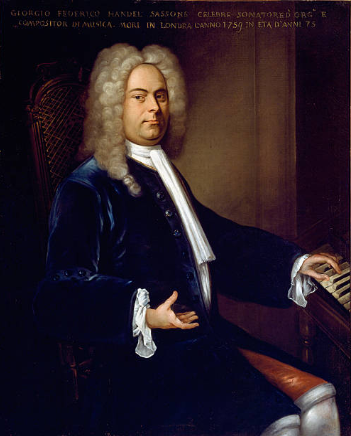 Out and about in Melbourne and beyond.